The Fight Against Corruption in Vietnam Takes a Positive Turn

Vietnamese people believe that corruption is declining and that the Government’s anti-corruption efforts are increasingly effective, according to the Vietnam Corruption Barometer 2019 (VCB- 2019). Notably, this report marks for the first time since 2011 a decrease in bribery in public services. These are signals of a positive change in the fight against corruption in Vietnam. Nevertheless, citizens still believe that corruption is a serious problem in Vietnam, requiring further efforts of stakeholders to reduce corruption and ensure sustainable development.

According to the VCB-2019 report, in addition to improving and completing the legal framework on anti-corruption, the Government has been taking many measures and actions to prevent and fight corruption, bringing to light an unprecedented number of large-scale corruption cases. As a result, one in two citizens believes that the State actions against corruption is effective (more than twice the ratio in 2016). Also, the number of people who believe they can make a difference in the fight against corruption increased significantly, from 55% in 2016 to 71% in 2019.

However, many challenges remain. Although the experience of corruption is declining, people are still very concerned about corruption. Corruption rose to fourth place in 2019, from seventh place on issues of public concern in 2016. While believing that they have a role to play in the fight against corruption and are willing to denounce it, people rarely do so in practice. 49% of the surveyed citizens think that reporting corruption does not work and are afraid of its consequences. Notably, a majority of the respondents believe that interest groups influence government polices and decisions in their own favor.

“The citizens’ concern that large companies and interest groups are manipulating State policies and decisions is very worrying“, said Pham Chi Lan, senior economist, and member of the Advisory Board of Towards Transparency. “The State needs to come up with measures soon, like regulations on lobbying for businesses to restore and strengthen public trust.”

The VCB-2019 report provides recommendations to the Party, the State, businesses, citizens and other stakeholders to enhance both prevention and control of corruption. Improving integrity of government officials and employees, as well as imposing strict penalties on corrupt officials are the two top recommendations suggested by Vietnamese citizens. Women have emerged as a key player in corruption prevention when they seem to offer less bribes than men and also condemn corruption more. Hence, anti-corruption programs need to empower women in particular and all Vietnamese citizens in general to take action.

As Executive Director of Towards Transparency, I see that: Vietnamese citizens believe they can make a difference in the fight against corruption. Therefore, the Party and the State at all levels should create more space and provide more tools for people to participate in the fight against corruption. It is also crucial to ensure that citizens will not suffer negative consequences when fighting corruption! 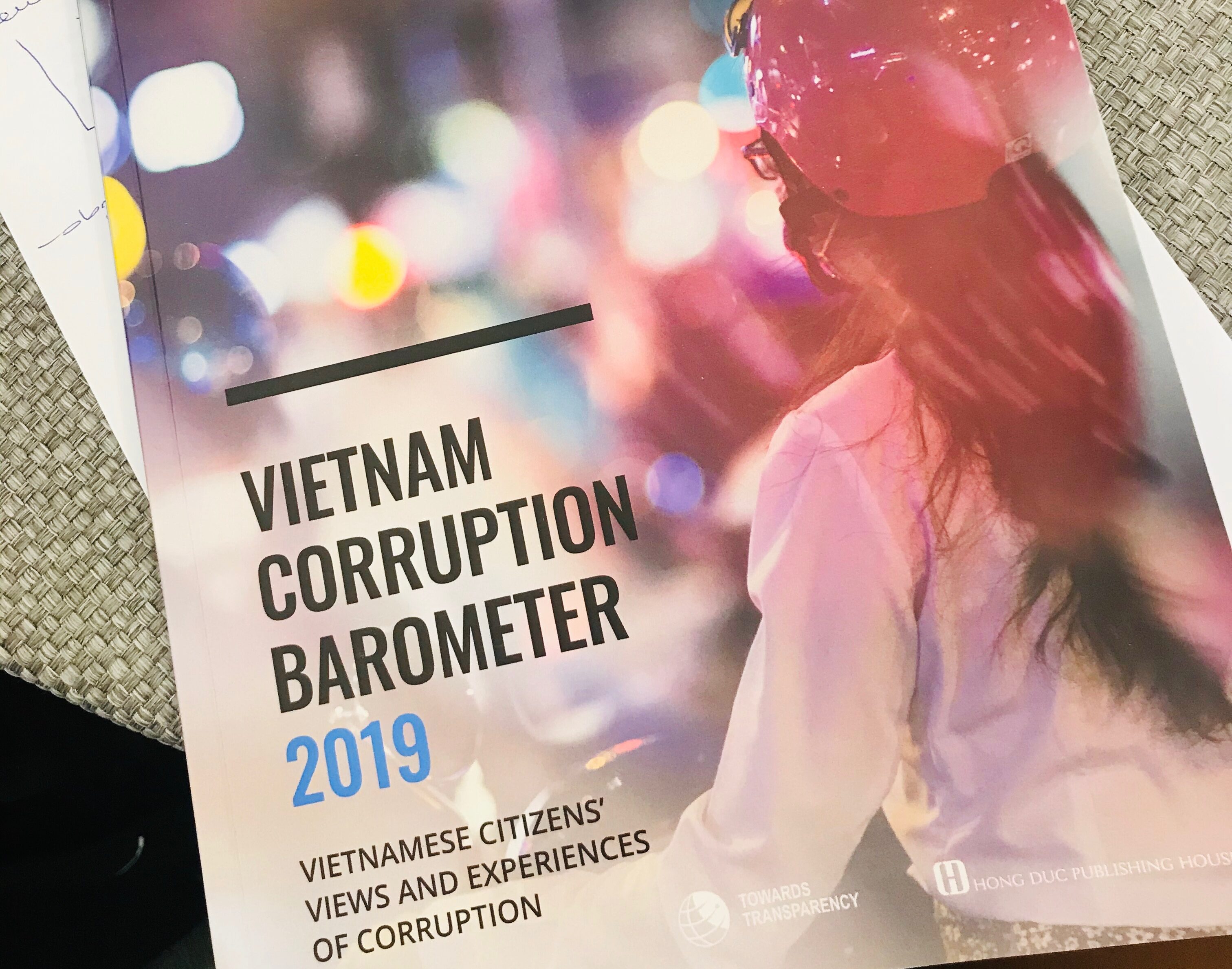 About VCB-2019: Vietnam Corruption Barometer 2019 collects data on citizens’ perceptions and experiences of corruption, their views on government’s anti-corruption efforts and effectiveness of anti-corruption measures. This survey is based on the Global Corruption Barometer’s methodology of Transparency International (TI), which was conducted in Vietnam in 2011, 2013, and 2016. Data were collected in July and August 2019 through direct interviews with 1,085 people in 19 representative provinces and cities across the country. Qualitative interviews were also conducted in November 2019 to better understand people’s views and experiences.

Click for more information on Sustainable Vietnam Contributor, Nguyen Thi Kieu Vien and why “Sustainability, Partnerships and Impact mean being able to work together to achieve collective impacts such as a clearer air quality or a cleaner business environment for Vietnam”.

The Preoccupation of Christina Ameln

A New Solution to Scale up Recycling: The...